The community fights back

In 2010, 10 years of national anti-immigrant sentiment reached a boiling point and Arizona was the battleground. SB1070, Arizona’s “Show Me Your Papers” law, was the latest of 10 years of anti-immigrant and anti-Latinx laws. Arizona Latinxs were fed up with the attacks on their families and fought back! 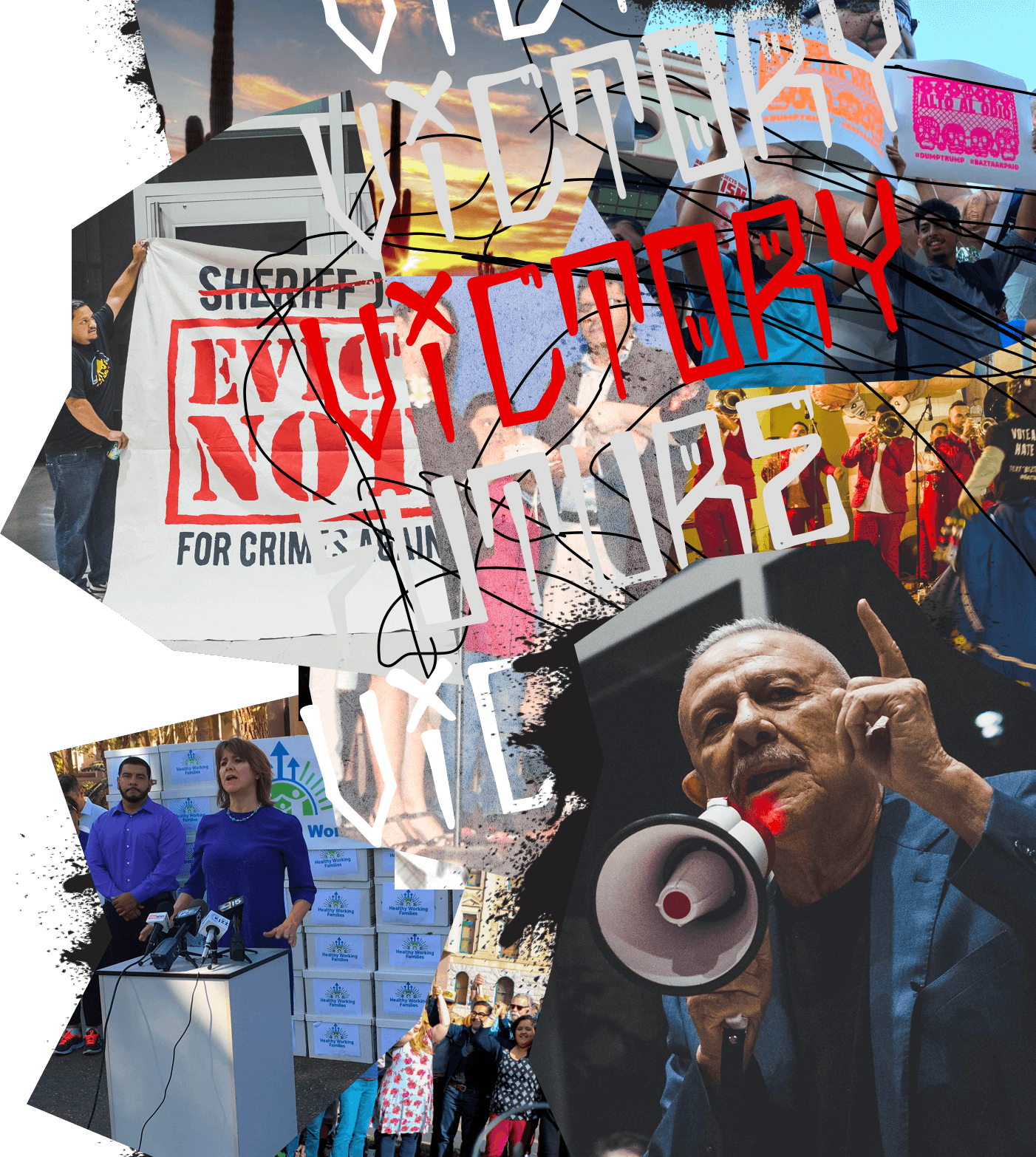 When we organize we win 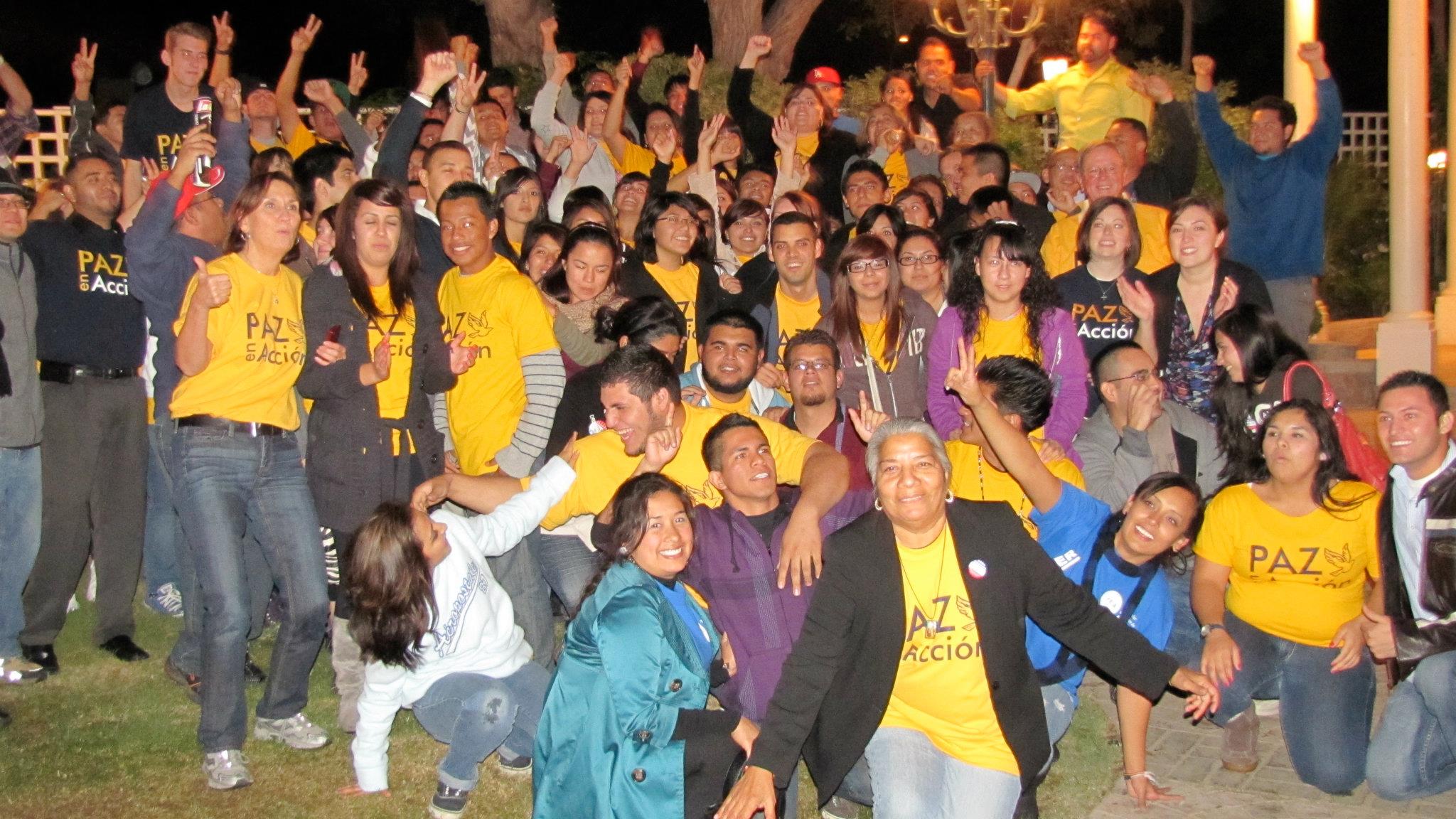 Dedicated volunteers and leaders made the first steps to reverse the damage to our community.

They started by voting out the elected officials who campaigned on xenophobia and targeted our families with discriminatory laws. The first to fall was Mesa Senator Russell Pearce, author of the SB1070 bill and Senate President. Our community organized new and under-engaged voters by knocking doors, having personal conversations, and storytelling to activate voters in an off-year recall election. With Pearce’s historic defeat, undocumented youth and their closest family and friends witnessed that they could affect elections in Arizona. In 2012, the community challenged the notorious Sheriff Arpaio and were 6 points away from defeating him. That power grew and in 2016, Arpaio was voted out after over 24 years in office.

FROM TEAM LEADS AND ORGANIZERS TO CITY COUNCIL AND STATE LEGISLATURE

In the beginning, we worked to help candidates get elected but over time, those elected officials moved away from the values that earned the support of the community. That hard lesson moved our leaders to start taking up seats of power themselves and running for elected office. 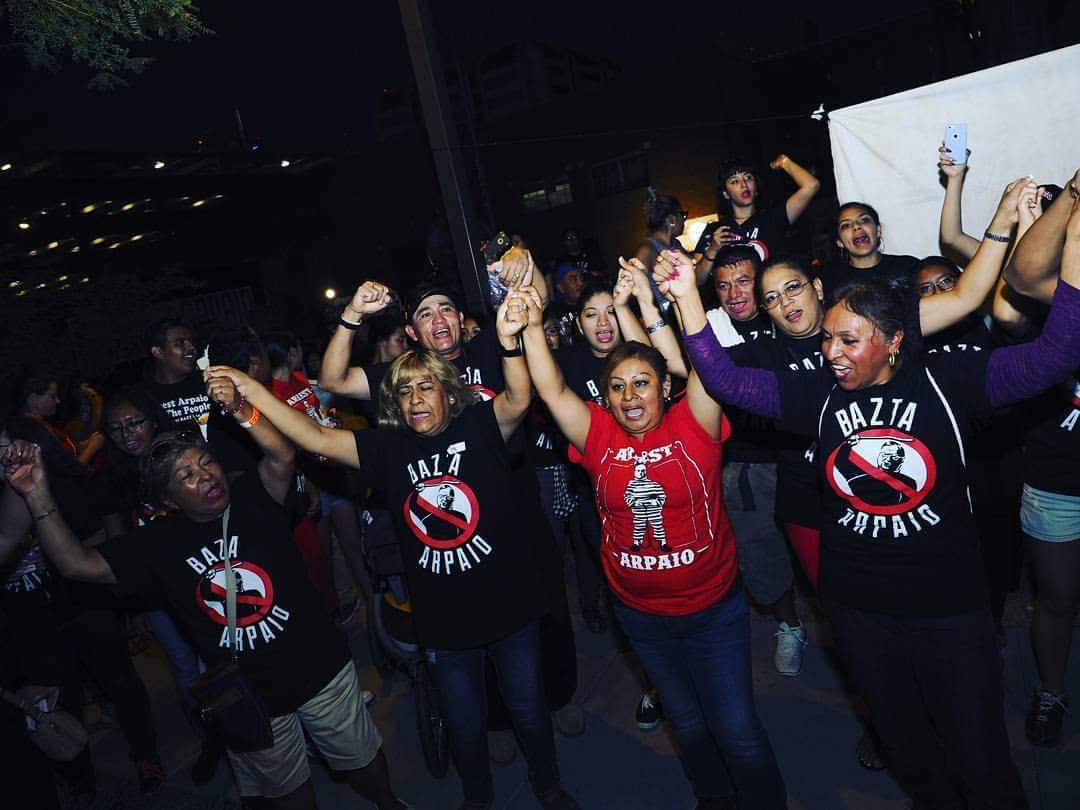 After years of community building and organizing, moms, sisters, brothers, families and friends are able to celebrate their victory over hate.

Through time, it was clear that the candidates who were on our side when they got elected were not holding true to those values. Despite the work done to win them their seats, these candidates were not accountable to the community. It wasn’t enough that more Latinxs were elected, the candidates needed to be champions for our causes. This pushed pillars of the community to trade in their megaphones for microphones and run for elected office. Raquel Terán, leader from Mi Familia Vota, Planned Parenthood and countless other orgs, won her race for Arizona State Representative in 2018. Movement leaders like Carlos Garcia from Puente and Betty Guardado from CASE were elected into Phoenix City Council in 2019. Regina Romero broke through the glass ceiling and became the first Latina to be elected Tucson Mayor.

10 years of organizing came with heartbreak and victories

The collective tenacity of the movement resulted in growth in power and multiple victories.

2010 was not the last year bad laws were attempted. In 2011, 5 bills to supplement SB1070 were introduced in the legislature. As a result of new organizing, protest, and community building, those bills were stopped in their tracks. The state was in the middle of an economic boycott and $140 million of revenue was lost in canceled concerts, canceled conferences, and overall lower tourism to Arizona. Families had left the state, hurting industries that depended on their labor. Arizona’s anti-immigrant reputation was working against the same people that criminalized us, our friends, and our families!

Policymaking was more than immigration issues and more than just playing defense against discriminatory laws - it was about making it possible for our community to thrive. In 2016, with the leadership of LUCHA and collective organizing from One Arizona organizations, a ballot proposition raising the minimum wage and granting paid sick leave was passed, giving working-class families more to live on and making it possible to flourish instead of just survive.

In 2020, through Poder in Action and with newly inaugurated council members on the city council, Phoenix passed a civilian review board, giving the community a tool to reign in bad cops and protect black and brown youth from discrimination and police violence.

In early 2020, One Arizona collectively halted election-year fear-mongering by speaking out against more anti-immigrant legislation from appearing on the ballot as constitutional amendments.

The power that was missing in 2010 has blossomed into community strength. The movement has come of age, we are the next generation of leaders pushing Arizona to be the prosperous, equitable home we dream it can be. There is still more to do, but together we are moving the state forward.

The fights and victories of the past ten years have shown us how community power can give us hope for the future. We are still growing from playing defense into transforming our communities to work for us. It takes all kinds of people to build a better Arizona. How do you want to be a part of the next 10 years of history?